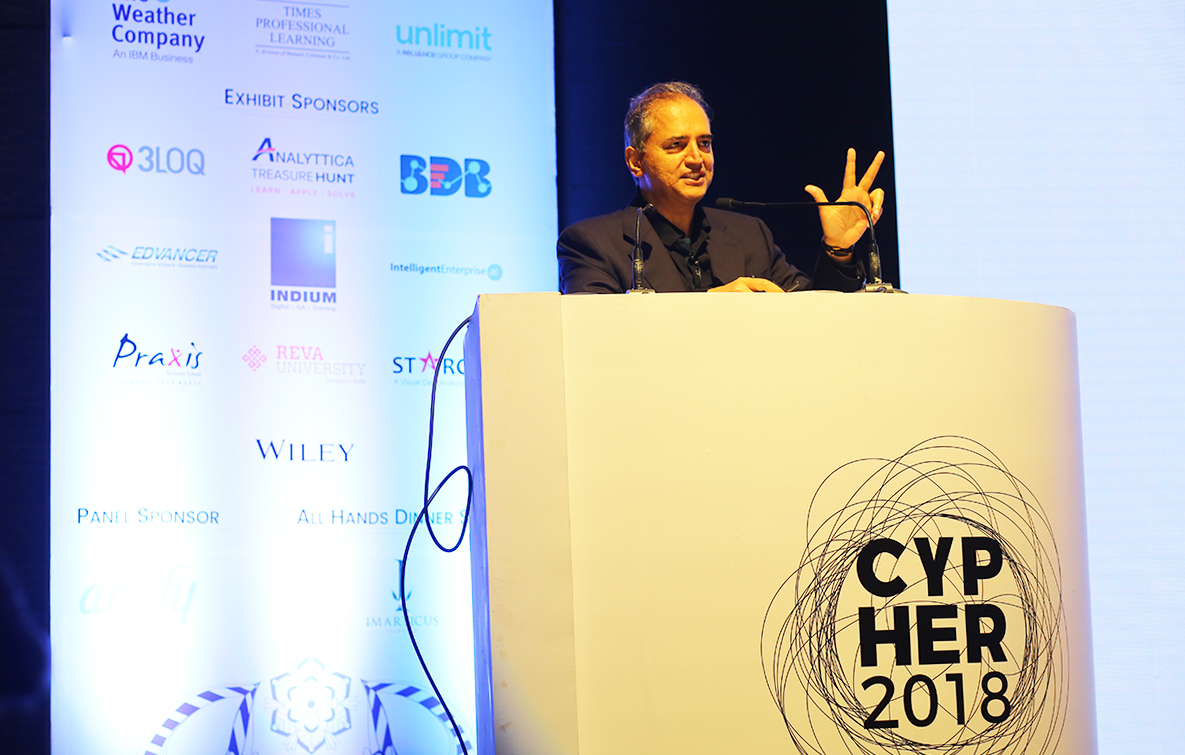 Cypher 2018, India’s most exciting and largest analytics summit concluded on 28 September, recording a participation from over 800 delegates from across various analytical domains in India. The three-day event, was full of insights and knowledge-sharing as it conducted 60+ talks and panel discussions and over 15 workshops from industry leaders.

The fourth edition of Cypher was brought to you by Analytics India Magazine, India’s leading online portal on analytics, data science, AI and related field.

With over 100 speakers and four parallelly running sessions — keynotes and panels, knowledge talks, masterclasses and workshops — Cypher 2018 touched upon various developments around data science, artificial intelligence, machine learning, analytics and other emerging technologies. It had speakers and delegates from the likes of Walmart, IBM, American Express, Pepsico among others.

The event hosted the first of its kind analytics and AI quiz, AI.Q which saw a participation in large numbers from the attendees at Cypher. The finals which were competed between six teams, saw the team from 3LOQ taking the winning prize of ₹40,000. The total prize amount given to all the winners (including runner-ups) was ₹75,000. Cypher 2018 also had other engaging competitions over three days. With an overwhelming engagement from all attendees on the Cypher app and social media, each day concluded with winners taking away prizes such as iPad, Fitbit, Bluetooth speakers, and others. The screening of our documentary, Transition Cost, was also received with much excitement.

Bhasker Gupta, founder and CEO of Analytics India Magazine said, “It is overwhelming to see participation from the analytics community at such a large scale at Cypher 2018. I am grateful to all the attendees, speakers and sponsors for making it a large success. We look forward to doing more value-addition in the industry through Cypher every year.”